I wrote two poems because I liked this prompt.

Her glancing smile and raised brow calls all to pay homage
to the gift that brings me to resonated tears. My raspy old poem.

When we said, “Call for me,”
we invited a friend, always a boy,
usually Jimmy, to stand outside and yell,
“Hello, Bill (or Billy)” loud enough
to be heard from any part of the house
and responded to, if anyone cared.

Look both ways on Grafton in Dublin.
Mind the gaps in such a marvelous voice.

Loudly, we would wrangle well into the wee hours.
Gene and I would worry all but us; uneasy friends, smok-an’ drinkin’ buds
with different ways we saw our world.
Not even—no more.

Look and listen both ways. Lean from friends.
Mind the gaps of age and wisdom, our unforgiving nature. 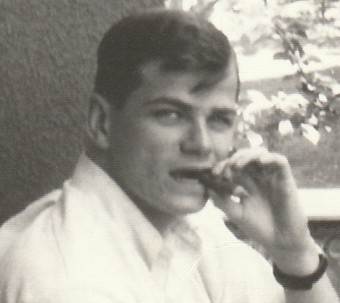 Happy Saturday, y’all. Today I am supposed to write a poem based on language as it is spoken in real life, as opposed to more formal “poetic” speech.

what is it with you — nothin’ man, what choo you talkin’ about — that chick — what about it — we’re friends — fuck that shit, man, you’re tryn’a save her —
she needs help, man, that’s it, i help my friends — how many other chicks you helped, you gotta stop, man, ya can’t help them all, you can’t fix everybody, and where are they now —
get off my ass, just helpin’ a friend, that’s all —
you got some sorta complex, dude, sir galahad or something,’ like yer a knight in shining armer or somethin’—
bull shit, man, you dunno what yer talkin’ about, it ain’t like that — look man, i know it ain’t like yer tryna’ get laid —
you need to stop, it’s not yer business.

maybe he’s right — maybe i’ma sucker — i help guy friends too, if they ask — besides, it’s done and she is ok now— i admit it feels good to help — is that a complex, it seems normal to me — she asked and ah said sure — there’s no problem and it’s not his beeswax anyway — but maybe he’s right about me.

Hey, how’s it going — livin’ the dream man, how ‘bout you — it’s all good, you goin’ to the game tamarra, it’ll be a good one —
i dunno yet, but I think so —
hey, how’s that chick we were talkin’ about —
who, oh her, she called me, said thanks, it’s all good now, she’s sending me a check, i’m glad i helped her, she’s good people —
good that you were there for her — yah, it feels good to help, you might try it sometime —
hey, look man, ima sorry fer what i said —
it feels good to help people, you oughta try it sometime —
fuck you, i help peeps, i’m jist more careful —
sure, whatever man, i’ll get back with you about the game, i may have a date —
oh, who with, you got a date, with who — talk at cha later man.

that’s great, now he thinks i’m seein’ her, let him think what he wants, he’s a dick anyway — but he is my friend — sometime i’ma gunna have to tell him, she set me up with her sister, we hit it off — i’ll tell him when i’m ready — for now, he can wonder — i can be a dick too.

Look at things both ways for a clear perspective.
Mind the gaps. 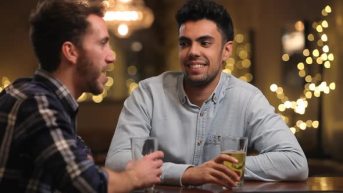 Few of us are born with an inaccurately low self-esteem, but the potential is there for disordered self-image. I may have inherited my mother’s negative opinion of personal abilities (hers and mine), but the passing of the flaw was socio-cultural, not biological. How I got that way is unimportant. What is important is that while humility may be a good thing, too often people miss much in life because they found their way to the “I’m not good enough, I can’t, I am too scared, or nobody loves me” quagmire.

Jack was my teenage friend, and the first to motivate my turnaround from I cannot, to I can. I’ve met others who helped me see my greater potential to achieve. They always came into my life at the right time. My post on synchronicity tackled the phenomenon. Some are still involved in my life, and some inspirational souls have recently landed in my patch of life.

When I first met Hilton M. Kennedy he was a Master Sergeant in the US Air Force, and he would soon be my boss and direct supervisor. The man I eventually called Ken, but many called Mac, had olive colored skin, lots of jet black hair, was several inches shorter than I, and smoked too many Salem cigarettes. I don’t know if Ken was a hyper-active child, but he was one for the most effervescent men I had met. Ten years my senior, Ken reeked enthusiasm. Other than being married, where we worked, and the Air Force, we had little in common, at first.

Ken’s personality included talking fast, a trait one seldom finds in a Louisiana native. I enjoyed our many chats where he made me believe that he was interested in me, and that I would have a successful future. Many of those discussions were accompanied by measured amounts of fine liquor. Living in Ankara, Turkey, ensured financial advantages for Americans in the late sixties. Of course, fine liquor required equally fine cigars.

I began to see good changes in myself. I was becoming more confident. My self-opinion and hopes began to unfold from whatever dark recess of my mind they were held captive. I attribute any success and goodness in my life to many people, some from my past and some in my life today, some from almost 50 years ago. Hilton Kennedy was the right guru at the right time in my life.

We became personal friends and our families got close as he kept tabs on my career following the end of my enlistment and his eventual retirement. We went to visit him, and he and his wife visited our home. Eventually, our relationship was more friendship and less his being my mentor and advisor. One of the last times I saw him, my wife and I were guests of he and his wife in Rome, New York. He played the harmonica and I thought all was well. But it was not to be.

In the late eighties, I learned that my friend and mentor had been diagnosed with Huntington’s Disease, a dreadful genetic illness with no cure. The mental  and physical degradation was disastrous for someone who was such a fast-paced, high-stepper in life.

It was horrible. I didn’t know what to do, what to think, or how to feel. While I felt bad for him and his family, I regretted the worlds loss of one of the good ones. Fortunately, the regressive disease was stopped when Ken died of a heart attack at the age of 55. I faced the loss feeling that any suffering by Ken and his family was aborted.

Ken has been gone for over 25 years. I remember, and I’m grateful for that man being in my life and the difference he made in me simply by believing in me, showing his faith in me, and his eventual friendship.

Look both ways every day.
You may be the long remembered difference is someone’s life.
But, mind the gaps.