I'm a pluviophile who loves rainy days, writes for pleasure, and lives and writes north of Austin, Texas. I enjoy the intrigue, mystery, and confusion of our human nature. I'm happy enough. I enjoy life, appreciate nature, and I experience both the awe and wonder of it all. I am an enigmatic outgoing introvert by nature and a skeptic by reason. I request a good pizza and fine adult beverage for my last meal. Join me on this journey of poems and essays, with occasional fictional fib.

Today, I’m challenged to write a poem that presents a scene from an unusual point of view.

He will not leave me alone. All that touching and feeling me, he tweaks me mercilessly,
and (too often) makes me look like barfed up SpaghettiOs.
It’s embarrassing.
He thinks I am his and that he knows all about me.
He doesn’t.
I know teenagers who know more about me than that old fart.
Others simply see my words or hear my meter while he sees me as his personal art (bitch).
He puts his name on me – how rude is that? He doesn’t get it.

He talks about me (us—there are others) endlessly, influencing his friends
to fool around with me.
Sometimes he gets violent with paper and pen and pushes me around
because he thinks his mental malady will be short-lived. How rude!

He knows so little. He has been writing poetry for fifty-three (long) years.
BFD, right?
When he was young with a hard cock, he ignored me. Thoughts?!
That’s all I got from him. He liked us, but he was ashamed
because I didn’t do much to make him look strong and tough and mean.
I think he is an imposter and so does he.

I am all he does—all he thinks about. He explores me in every embarrassing way,
he sniffs me, touches me, he reads bawdy stories. He acts like I am some sort of trophy bride. And oh, my fucking god!
The limericks! The men who write them must be burning in hell.
I know for a fact that he’d rather a crusty, edgy limerick over a sweet love song poem.

Sometimes he writes me and then loses me.
Rather than be upset, he writes another me.
It’s as though I matter, but I also don’t. Which is it?
What the fuck?
He will never win a damn thing.
He wants to put us in a book and claim us as his own.
Such possessiveness! It’s unacceptable.
We are our own persons, who just happen to be poems.
If we belong to anyone, it is the poetic universe,
but he’ll never understand that.

There are reasons he was as he was,
and more reasons why he is as he is,
but none of that has anything to do with us,
the poems, the words, the lines and rhymes of Our verse.

When he looks at me it is like he is seeing a ghost, a shapeless cloud figure,
wavering without beginning or end,
just flowing shapes in many forms of endless words,
of unknown visions and interpretations.

Oh crap, he is picking up that god damn pointed, sharp pencil.
Soon he will be poking and scratching, adding and removing, or changing—endless changes.

In my next life, I want to be prose. Just a little time on his laptop, maybe one printing and we’re done. At least he knows prose and has been doing it since way back.
This rookie old fart poet will be the end of it all. 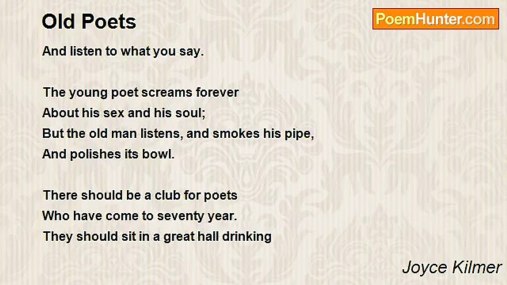 Look at all things both ways, male and female, creator and created, toucher and touched, kisser and kissed, poet and poem. Mind the gaps which harbor resentment of the art.