Soon, he’d wake up, but he would not remember. He’d not recall where he’d been, what he’d done, how he got home, or anything that happened. He felt fear—the familiar fear of the blackout. He should know. He’d been there only a few hours earlier. Everyone else would know. Hell yes! They’d remember. When he blacked out like this, he couldn’t recall events from the night before. Even when people would tell him and show him proof, he could recall none of it. He woke up sick – partly due to the effects of the alcohol, but mostly because of the fear, the inevitable embarrassment, and the disgust he felt toward himself. It happened many times before. Slowly, as his eyes opened, he turned his head to see if she was there in the bed. She was not. He would face that guilt soon enough.

After waiting up past two that morning, Mary had little sleep. His drinking had taken its toll on her, as it had on every part of their lives. Everyone who knew him was affected in one way or another by his drinking and dangerous behavior. She worried constantly. He was groggy, but could hear that she was on the phone and had been for a while. She was sobbing and crying. She felt trapped. He felt guilt and shame. She was talking to someone who cared about him. It was never going to get better. It had been getting progressively worse for years. What would happen next? She heard him up and moving, so she quickly ended her call. She tried to prepare for the next emotional event. 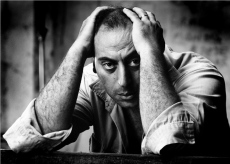 No one wants to look that bad. Sam was disheveled, pale, red-eyed, much older than his 43 years, and generally unhealthy. He also smelled awful. He reeked of stale alcohol, smoke, urine, and vomit—the scene was sad and disgusting. This was a miserable couple. After years of marriage, the only things these two people now-shared were an old love, a constant desperation, and the children. Their mutual love was hidden deep, possibly buried, maybe dead. They both wondered how this was going to end. For Mary, it wouldn’t be soon enough. She forced herself to look at him. He saw that she’d been crying a long time. Tears were still on her face; new ones arising. He poured coffee and tried to look straight at her, like everything was fine.

“I am so sorry, Baby. I don’t know what happened.” Mary’s disgusted stare sent a cold, piercing chill through him, “God dammit, Sam! Do you remember anything? How can you keep doing this? I’ve no idea where you were, who you were with, or what you did—and you don’t either. I am sure you woke the kids. This has to stop, one way or another.” He’d heard it all before. 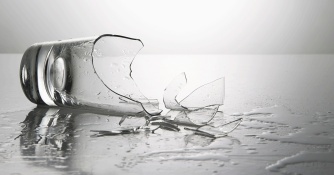 “I am so sorry, Mary. I promise it’ll not happen again. All I have to do is not drink. I can do it. I will start back with AA again. It’ll be ok.” She looked at him for a few seconds and then put her face into her folded arms on the table. After a few minutes, she looked up again and said, “Look, you obviously can’t stop. If you could, you would’ve. You can’t or you won’t. Either way, the outcome’s the same. You’re gunna die, or go to prison, or to some institution. You’ve been to rehab. Sam, you’re an embarrassment to your family, to me, to your kids…shit! How you keep getting jobs after being fired so often—I have no idea, but this can’t go on. Sam, you need to move out of the house and stay out.”

She’d said similar things before, but this time he knew she meant it. He knew she was right—he’d lost control. The doctor told them both; if Sam didn’t stop drinking, his liver couldn’t take the damage. He would die. And that process would be ugly and an unpleasant death. His desperation was overwhelming. He felt hopelessness. The promises of AA hadn’t worked. His reputation was that of a town drunk. He had apologized many times to many people. But he knew that while he was always sincere; he would fail and it would all happen again. He sat and thought for a while. The doctor’s words were in his head repeating like a dreaded song. He couldn’t get them to stop.

Sam felt weak and useless. He was thinking of his relationships: his parents, his wife and children, his few remaining friends. It was only a matter of time before he would get fired again. He could make promises and provide written guarantees; sometimes he could stop drinking for days or weeks. One time, he was dry for over a month. But he always found a way back to his only true love: alcohol. 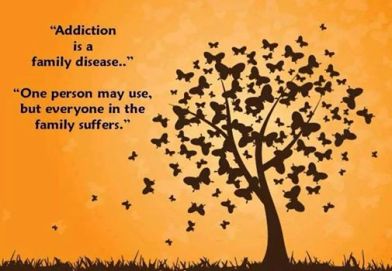 After about an hour he picked up the phone and called his mother. He knew by her tone that it was she who Mary had been talking with when he woke up. He asked to talk with his father, but that relationship had become so strained that his father would no longer speak to him.

He heard the garage door close as Mary drove off with the kids. He was to pack and leave that afternoon. His suitcase was on the bed and he was going through draws and packing when he saw the gun. He picked it up to pack it. Mary always hated it. Sam looked at it for a minute. He was crying as he loaded it.

The neighbors heard the shot, but it seemed that no one was home. When EMS arrived, it was over. Sam was dead. His body was taken directly to the funeral home. Mary was hysterical, but she still tried to comfort the children. As she sat there trying to figure out what happened, she recalled what Sam had said earlier that morning, “I promise. It won’t happen again.”