A basilisk is a creature presented as a snake-type or other reptile. Some renditions look related to a rooster, but that would be a cockatrice. You’ve heard, if looks could kill? Well, if it’s basilisk, they do. A direct look from a basilisk and yer a goner.

It’s interesting how the fantasies go on with how dangerous this creepy-crawler is with venom and whatnot, but with looks that kill, who cares? Think Medusa. Ok, so you use a reflection for an indirect look, but unlike Medusa, you’re petrified anyway, meaning you are turned to stone. Think Lott’s wife. I can’t buy the petrified option as being any better than a direct death look. Look away if you see a basilisk coming. Oops, too late.

Some sources (Britannica) list the basilisk as the same creature as the cockatrice, but one is a snake the other a pissed-off rooster that looks related to the village dragon. In mythology there is an odd biological, half-sibling, relationship between the two. This basilisk creature comes into being because a cockerel (rooster) sits on and incubates the egg of a snake or toad. For the cockatrice, the rooster lays the egg (see the problem?) and either the snake or a toad pulls off the incubation challenge.

If a sex is assigned to a basilisk it is often female, yet, due its appearance with a mitre on its head, it is referred to as king of the serpents. The Pope wears a mitre as a kind of crown. It must have been safer to piss off a king, since there were many, than the Pope, of which there were few, if only one legitimate. Since these folks have roosters laying eggs, I suppose that is all fair enough. It’s fantasy, right?

The first writing about a basilisk dates to around 79 AD, about the same time New Testament Gospels were allegedly first written. And if you worried about one of these suckers turning up at the front door, you could simply do pop goes the weasel. Apparently, taking a cue from Asia and the King Cobra’s nemesis, the mongoose, the Europeans made the odor (effluvium) of the weasel be a deadly weakness for the basilisk. That makes sense. With more quafting weasel stink everywhere, there’ll be fewer basilisk, which explains why Europe has such a small problem with basilisks roaming the countryside. Of course, if you did see one, you’d die and be unable to tell us about it.

Literature is replete with references to the basilisk. In Shakespeare’s Richard III, Anne Neville wishes her eyes (like a basilisk) would kill her husband’s murderer, and in Cymbeline a character refers to a ring as a basilisk.

Samuel Richardson in Clarissa; or the History of a Young Lady, and John Gay in The Beggar’s Opera, have characters who refer to the basilisk in dialogue. Others include Jonathan Swift in a poem, Robert Browning in A Light Woman, and some writings of Alexander Pope.

Shelly refers to “the imperial basilisk” in Ode to Naples; and again in Queen Mab like this:

Those deserts of immeasurable sand,
Whose age-collected fervors scarce allowed
Where the shrill chirp of the green lizard’s love
Broke on the sultry silentness alone,
Now teem with countless rills and shady woods,
Cornfields and pastures and white cottages;
And where the startled wilderness beheld
A savage conqueror stained in kindred blood,
A tigress sating with the flesh of lambs
The unnatural famine of her toothless cubs,
Whilst shouts and howlings through the desert rang,—
Sloping and smooth the daisy-spangled lawn,
Offering sweet incense to the sunrise, smiles
To see a babe before his mother’s door,
Sharing his morning’s meal
with the green and golden basilisk
That comes to lick his feet. — Part VIII

The basilisk also appears in Harry Potter and the Chamber of Secrets by J. K. Rowling.

Be careful looking both ways.
You want to miss seeing the basilisk, but mind the gaps. 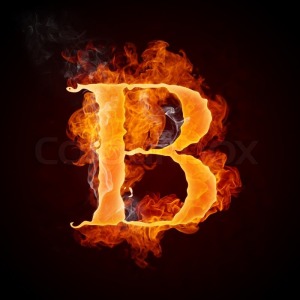 According to my on-line dictionary, “critter” is among the bottom half of words for popularity. Texas has them. Lots of them. Most aren’t human, they love it here, and many are annoying and dangerous. Texas wildlife is abundant and diverse, but “Critters of Texas” is also the name of a very large exterminating service. What’s that tell ya?

The Bugs and Bats

I’ve talked about the mosquitoes. Just a few miles west of were we stay in New Braunfels, TX, there are fewer flying insects to annoy us at night. The town of Bracken is there, and near that town is Bracken Bat Cave. From March to October, roosting in that cave is the largest colony of bats in the world: 15 to 20 million Mexican free-tailed critters (32 other species of bat reside in Texas).

Each Spring and Summer evening the Bracken bats exit the cave mouth, flying out in a dark cloud (which is visible on the FAA radar) as they go out for dinner (bats do not like to cook). They chow down on the menu of flying bugs after snatching them out of the air, and go all the way to Mexico and back each night. Thus, fewer bugs. The immigration folks don’t seem to mind. Apparently, they have no desire for our jobs and we sure don’t want theirs.

Crawling creatures, especially bugs, are in ample supply here. It seems like every kind of roach and beetle call the Lone Star State home. But the real scourges are invaders from South America – a tiny ant and a bee.

These Brazilian bastards are called fire ants because their sting burns like fire. They are fast, aggressive, prolific, fearless, and virtually indestructible. There must be billions of them. They range from North Carolina to Texas, and have been found in other places as far west as California. Fire ants are virtually everywhere in this state. Chemical warfare has failed. A species of fly has been imported that lays an egg on the ants. After hatching, the larva eats the head of the ant. Feel free to fact check that.

If you step on a fire ant den, they attack quickly and viciously. First, they will cover half your leg, then you’ll feel an annoying itch. Before you are fully aware of your folly, the stings are setting in and your language changes to the cries of the victim. Anaphylactic shock is common and about 5% of fire ant attacks in the US are fatal.

Even hurricane Harvey and all the flooding did little harm to fire ants.

Don’t even get me started on the killer bees, another gift from our South American neighbors.

I don’t like snakes. I have no idea why. Maybe it’s Eve and the forbidden fruit thing, but I have never been comfortable eye-to-eye with a long limbless reptile with no eyelids. It seems there are three kinds of snakes: non-venomous, venomous, and extremely venomous. Texas has an ample supply of all three. Even in mid-October, it’s still warm enough here for snakes, but I am not looking for that kind of companionship. 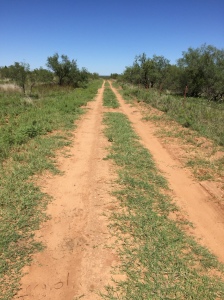 This weekend, we are on the outskirts of Colorado City, TX, just 30 miles west of Sweetwater, TX, home of the largest rattlesnake roundup in the country — probably in the world. I know snakes are virtually everywhere, I simply have come to associate Texas with snakes. A few years ago, my wife killed a coral snake in pool area of our back yard. We lived in burbs of San Antonio at the time. That’s too close. 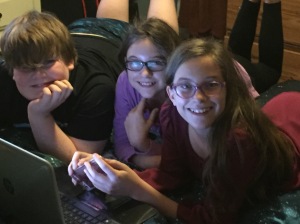 These are the mysterious, adventurous, and lovely semi-wild creatures who refer to me as ‘Opa,’ and call Yolonda ‘Oma.’ More to come on that, but they also live in Texas.

When doing yer walkabout in Texas, look both ways,
especially in the wild.
Know this, there be critters lurking in the gaps, so mind them.