There are other religions besides Christian. They do not believe Jesus was associated with any god in the same way most Europeans and people of the Americas do.

For most of my long life I have claimed to be a believer in god; specifically, I was Christian. I was a cradle Catholic who went to church, as obligated, every Christmas and Easter regardless of the state of my other church participation. The full story is too long, but I ran the extremes from almost nothing (referred to as ‘practical atheism’) to daily religious immersion and leadership.

From a religious participation point of view, for a time I took Advent and Easter more seriously than I did Christmas. From a cultural Catholic/Christian point of view, Christmas was the biggest deal, followed by Thanksgiving. But now I am an American citizen and atheist.

What does it matter? Well, it should not. My family has celebrated Thanksgiving and Christmas for many years. I’m not sure if any of my relatives or friends identify as atheist. But we are a family and those two holidays are all about family to me. For some reason, Thanksgiving seems to be the bigger deal these days. It’s a tradition.

When we moved back to Texas last year, our daughter-in-law said she was pleased because there would be more family stuff during celebration times. My wife decorates our home for most holidays, but not as much as in the past, and we don’t put out any religious items like a nativity scene or other art objects commemorating the birth or death of Jesus.

Around this time each year, I want to clarify my views about Christmas. I have many good memories of Christmas and the holiday season. I enjoy Christmas music for a while, but eventually I need eleven months to recover. I have some on my play list. In fact, religious music is fine. Some of it is great. I love the calm of Gregorian chant. I have written about music and other similar religious things in the past. Just because I don’t do that any longer does not mean that I want it to stop, that I am repulsed, or object. It is fine.

There is one chance in 365 that a male Jewish baby was born on December 25, roughly 2,000 years ago, who was then crucified and rose from the dead. If there was such a man, his date of birth is unknown. Also, in Christendom, celebrating this day as the birth of Christ is relatively new. Some Christian groups still do not celebrate. So, for most of my life Christmas has been kind of a wink-wink religious holiday. But it is a fun time from a secular point of view.

I wish a Merry Christmas to people on the 25th. If someone wishes me a Merry Christmas on some other day, I return the greeting and good wishes. While I prefer the inclusiveness of Happy Holidays, I don’t care what greeting people choose. I doubt if most atheists care, despite all the BS clamoring about wars on Christmas and some objections to verbal acknowledgements. It is not as big a deal as “In God We Trust” or forced prayer.

So, while I admittedly celebrate a secular holiday at Christmas, I do not object to people of any religion or social group celebrating their holidays, if I am not forced to participate or inconvenienced by them. Many of us, non-believers, believers, and everyone in between can do this and appreciate each other. It is the holiday season. If you think me a hypocrite, that’s your choice

I wish you a Happy Christmas Eve, a festive yuletide season, and a wonderful week highlighted with a Merry Christmas tomorrow.

There may not be any gods, but that should not stop us from enjoying life, friends, and family whenever we can.

Look both ways to see other points of view.
Mind the gaps. They’re everywhere.

I was asked a good question. This is my response, which is based on my religious views and my personal version of atheism. I cannot speak for any other atheists. The person asking was sincerely curious.

I don’t like the word atheist, but I know none better. So, I’ll roll with it. We have varying concepts and definitions of what an atheist is and what one believes or should think. That’s why I’m writing this explanation. Those differences aren’t going to change soon.

I was asked because I had linked to a song in last week’s blog on questions. The song was Spirit in The Sky by Norman Greenbaum. (Linked again here.) It’s tied to my answer to “What happens after we die?” (Answer: I don’t know.) 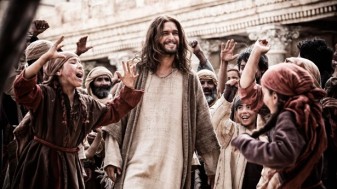 I enjoy spiritual music and I’ve liked this song since first hearing it in the 70s. It’s uplifting and has a lot of hand-clapping and singing about what happens following human death. All of that is good, based on the song. However, there’s a condition.

The lyrics say I “gotta have” a friend to intervene for me if I plan to make a deal with the spirit in the sky.

My friend asked, “How does being a friend of Jesus resonate with an atheist?”

Resonate means “to attach particular meaning or importance for someone, or to affect or appeal to someone in a personal or emotional way.”

I can’t say that Jesus or an afterlife resonate with me. My personal belief is that when we’re dead, we are simply dead and gone. There are no fires, no trials, no judgements, no hooking up again with the old bod – it’s simply over. If there is more to it, as with my answer to the question, I’ll have to wait to find out. I’m in no rush to learn the answer.

To be clear: I am an atheist, Norm Greenbaum is a Jew, Jesus (actually Yeshua) was also a Jew.

Notice anything? I never said that Jesus never existed. I never said he was not a nice guy, or a great religious prophet and leader, or a Jewish Rabbi. Simply not believing that someone is a god isn’t as negative as some folks may think.

Jesus also allegedly said and did a lot of cool things that I, and many other atheists, do agree with. Whether Jesus existed or not, I’m not, and never have been, anti-Jesus just because I don’t think he or anyone else is a god.

Besides, if Richard Dawkins supports Jesus’s philosophy (contrary to what many Christians may think), I certainly feel comfortable plugging songs that may include the name of Jesus.

I’ll not dismiss music simply because it uses his name, is religious in nature, or invokes any other god. I may for other reasons.

Here is another great Jesus song I like: ‘Jesus is Just Alright,’ covered most famously by the Doobie Brothers in the early 70s. It’s not much for lyrics, but was an upbeat hit.

I neither hate nor love Jesus. I accept that he probably lived about 2,000 years ago and he may have been one of the world’s first hippies (something I like). If so, I also think he is long dead.

May we unite in love and friendship. Let’s end dividing into tribes and against each other. Would Jesus want us to join our humanity together with peace and love in our hearts? May we acknowledge what we need from, and share with, each other. And, let each of us also be true to ourselves.