Follow Our Literary Journey on WordPress.com
Join 1,093 other subscribers

Since the early 1970s, I’ve held to the opinion that basic human nature is good. I’m not sure why I think so. My conclusion is partly evidence-based for the good, but since so much in human history is to the contrary, many people disagree with me. We seem quite set on damaging ourselves and the world around us in ways that are evil.

I’m also unclear about why it should matter. No one knows the answer to our basic nature. It’s too complicated. But when I consider my personal basic nature, the one I was born with; is it good or evil? Or should I ask, was it? When did it start to change – before or after birth? What do you think your nature is? How do we see the basic nature of others? Good or bad? Are there bad seeds among us? 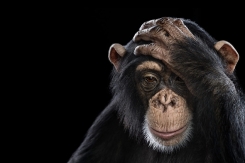 It is what it is. However, I wonder if our opinion on this matters more than the real answer. It’s like believing in a god – it either exists or it doesn’t. Our believing or doubting anything changes nothing about reality (placeboes or magic notwithstanding). Our opinion on this affects how we see the world, other people – and most importantly, how we see ourselves. Me, is the one thing in the universe that I have some control over—maybe.

To the point, I just finished reading Straw Dogs by John Gray. It’s unrelated to the 1971 Sam Peckinpah movie of the same name, or to the 2011 remake; both of which are, ironically, based on a novel with a different name (The Siege of Trencher’s Farm).

Note to self: book titles and author’s names matter. 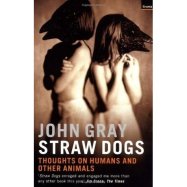 The premise of Straw Dogs is that humans are animals like any other animal. Both Christianity and Humanism see humans as capable of controlling things much more than Gray and others seem to think we do. This is a philosophical book that challenges many basic assumptions about what it means to be human. While I don’t agree with some of what Gray presents, I admit that he makes astonishing points that lead me to question which of us is correct. Regarding several of his positions, I think he’s nuts. But I find many of his other arguments compelling. Reading John Gray made me think, wonder, and contemplate – not the meaning of life, but its nature.

Are we animals? For an excellent article on this, click here.

Is our nature much different than it has been for centuries? Have we changed significantly in the thousands of years since our first existence as homo sapiens? Are we any different from other animals in terms of what happens to us?

Humans have been in existence much as we are now for about 200,000 years. For about the last 6,000 years, we have been the social creatures we know ourselves to be. How do we fit into our environment? Do we belong here? How long will we survive as a species? Are we masters of our own destiny any more than any other animal? Are we doomed to destruction by our own actions?

I’ve seldom thought about it, but Professor Gray makes this point right off. His position seems to be that the last time we had it right, we were hunter-gatherers. I tend to agree. Gray begins with this basic assumption regarding evolution and religious culture.

“If Darwin’s discovery had been made in a Taoist or Shinto, Hindu or animist, culture it would very likely have become just one more strand in its intertwining mythologies. In these faiths humans and other animals are kin. By contrast, arising among Christians who set humans beyond all other living things, it triggered a bitter controversy that rages on to this day.” ~ John Gray, Straw Dogs

Accordingly, Gray says that Humanist’s believe that through progress, humans can be free of the limits that burden other animals. That by using our knowledge, we can control our environment and flourish as we never have before. Gray also has an interesting take on history; he seems to say it has little or no meaning. 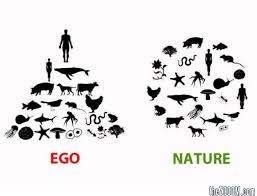 I like this book because it deals with some aspects of the dark side of human nature. Interestingly, most of us know about the Holocaust, the WWII effort by Nazis to commit genocide and eradicate Jews. How many other genocides (or politicides) in human history can you name? Gray proposes, with evidence, that genocide is “as human as art or prayer.” Apparently, we are not very nice to each other, to other living creatures, or to nature in general. Along with others of similar philosophies, John Gray is talking about humans in a general sense.

The question for me is: how does all this square with my position that our basic nature is good? Maybe the answer doesn’t matter because he undermines so many of my humanist leanings, thus shattering my position that humans are special. I’ll retreat to my favorite elusion from Hamlet: “there is nothing either good or bad, but thinking makes it so.”

There is much we don’t know. But this Zen Proverb meme says it for me. 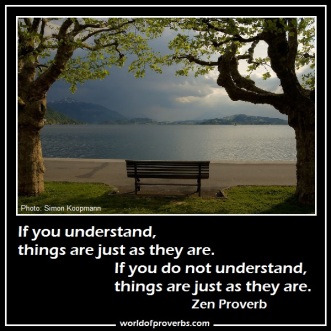 Whatever our nature is, we share that truth with each other.
Let’s live our lives in awe of nature by embracing both sun and rain,
all flora and fauna,
and our fairies — Fenix and Furie.

Life is good and so are we, but mind the gaps and look both ways.