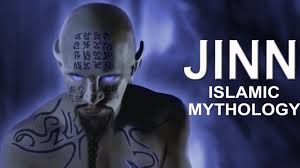 Jinni (plural Jinn) is romanticized and anglicized as Genie. In Arabic mythology Jinn are supernatural spirits below the level of angels and devils. Types of Jinn include shape shifters, evil spirits, and treacherous spirits of variable form. There are several types in Arabic. Jinn are beings of flame or air who can assume human or animal form and are said to dwell in all conceivable inanimate objects—stones, trees, ruins—underneath the earth, in the air, and in fire. I left out bottles and lamps, but those too. 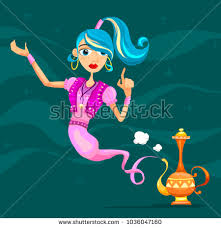 Jinn have the same bodily needs of humans and can be killed, but they’re otherwise free of physical restraint. Jinn delight in punishing humans for any harm done them, intentionally or unintentionally, and are said to be responsible for many diseases and all kinds of accidents; however, those human beings who know the proper magical procedure can exploit Jinn to their advantage.

Belief in Jinn was common in early Arabia, where they were thought to inspire poets and soothsayers. Even Muhammad originally feared that his revelations might be the work of a Jinni. Their existence is acknowledged in Islam; thus, as with humans, they must face either salvation or damnation. Jinn, especially through their association with magic, are popular in North African, Egyptian, Syrian, Persian, and Turkish folklore and are hot topics in much of our popular literature and entertainment.

Important point to make: people believe in these, even today.

So, look both ways as you rub the lamp or uncork the bottle.
Do not piss off the genie and mind the gaps. 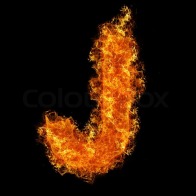