Next Tuesday, 1 November 2016, begins another 30-day challenge to write 50-thousand words toward the authorship of a book. The challenge is called National Novel Writing Month (NaNoWriMo, or just Nano).

Since 1999, Nano has grown in popularity and is now international. Novels are fiction, but participants sometimes write in other genres. I wrote a historical novel my first year. Others have written memoirs (National Memoir Writing, NaMeWriMo?) or other non-fiction, and poetry (National Poetry, NaPoWriMo? It’s in April.).

Nano is difficult. Last year was my first large scale fiction project. I learned how challenging it is. The math works out so that I need to average about 1,700 words a day to “win” the 50k-word challenge on November 30th. There are no days off.

Because Nano gets more difficult as weeks pass, and life has a way of interfering with writing, I want to produce over 2,000 words a day for the first week or two. Getting ahead in the word count is recommended, and I know why. This is no writing sprint; it’s a marathon. After about ten days, I’ll be looking in the mirror asking, “WTF were you thinking?” But I did it in 2015, and I will in 2016.

Online support, other writers, and attending motivating write-ins, make this challenge doable. Following the helpful suggestions in No Plot, No Problem, such as keeping my inner editor at bay, I’ll manage to keep writing.

Last year, I struggled with being new to fiction writing and not having a plan. Creating the story as I wrote was difficult. Writing to develop characters, scenes, and plot was work, but fun under pressure.

This year, I have an outline and I’m a slightly more seasoned writer. My introduction to blogging was during the A-to-Z Blog Challenge in April. Nano is like A-to-Z in that it’s a learning through immersion experience. It will be challenging again this year because I’ll write in a nonfiction genre new to me.

I’ve decided to write a memoir for the 2016 Nano. I’ve never written one. Technically, that qualifies me as a Nano Rebel. I don’t feel rebellious because there is ample precedent for memoir and I still need the same number of words. Since I have been kicking my biographical tin-can down the road for years, I’ve decided it’s time. 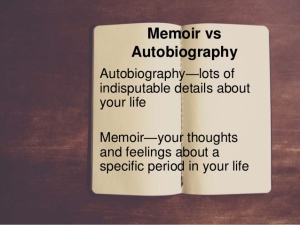 I was raised in a religious environment, but I’ve concluded that atheism is correct. I plan to document that spiritual journey. The memoir will be spiritually thematic and family oriented, but not suitable for young children. I’ll write about specific periods and events in my life when religion or spiritual issues were more prominent, or should have been.

I’ve been researching people, places, and events to reconstruct those times. I’ll be busy with this until December. Only then will I set my inner editor free to deal with the 50K-word first draft, pile of tangled dribble I will have created.

I’ve been posting on this blog twice per week. During November, I’ll post once per week to provide a brief summary of my Nano experience, and information relevant to my project. Adding news of any other participants that I find interesting would be fun — so do tell.

I’ve been reading about writing memoir. It is different, of course. But since I did this Nano gig one time, I know that I’ll have little time to work on this blog.

If you have any interest in NanoWriMo, the web page is http://nanowrimo.org. Join us.

If you are jumping into the Nano challenge also, I’d like to know.

Have fun. I hope to be able to hold my head up enough to resume blogging on the twice a week rhythm again in December.

Look both ways and mind the gap.

8 thoughts on “NaNoWriMo, NaMeWriMo, or NaPoWriMo?”