The Pew Research Center, in the 2014 Religious Landscape Study, asked self-identified atheists how often they shared their views on gods and religion with religious people.

Nine percent said they did so at least weekly. Two-thirds said they seldom or never discuss their religious views with religious people. That may be changing as secularism becomes more acceptable. On line, these discussions often take the form of Q&A sessions.

Here are eleven sample questions that I promised to blog about. I Bogarted the questions from a variety of internet sources, but the responses are mine.

Why don’t you believe in a god? This is a difficult one to answer without appearing rude or offensive. The bottom-line, and most simple answer is that there’s no proof.

Are you really an atheist? Kind of insulting, but easy to answer. Atheists should not be drawn in by the temptation to be sarcastic. Leave out really from the question, or be young enough to excuse, and the answer is there. 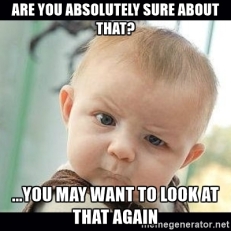 Are you absolutely sure there is not (are no) a god (gods)? The problem here is that the subject has now changed from belief to certainty. Absolute certainty of anything normally requires abundant proof of some sort – often, repeatable and testable evidence. My honest answer is no. I wonder what percentage of believers are absolutely sure of what they say they believe.

What happens when we die? Why would anyone ask this of an atheist? But again, easy for me to answer. I don’t know.

However, I still love this song. It’s fun and uplifting. Hear it Here (The Spirit In the Sky). Norm is something of a one-hit-wonder, but he wrote and sang a good one way back then. Interesting side note: while this is clearly a Christian song, Norman Greenbaum, to this day (age 73), is an observant Jew.

What if you’re wrong? That depends. Wrong about there being supernatural beings? Is that any different than being wrong about which religion, or which god is real or true? Again, I have no idea.

Without a god, where do you get your morality? First, I have some morality. Second, the same place you get yours. Morality comes from learning and being human. How often are immoral atrocities committed in the name of a god? Where do those offenders get their morality?

How does life have any meaning without a god? My life has meaning just as yours does. Mine may have more meaning to me than someone who believes they will be in Heaven or Paradise. I believe that this world is all there is for us (right here and now). As for the universe, it is the same but we only have access this part of it: Earth.

Where did the universe come from? This is where I might begin to lose it. Seriously? Do I have to explain the origin of the universe simply because I don’t believe there is a god to have created it? I don’t need to know and neither do you. Read Carl Sagan or something, then pick one of the theories. I was not there when it happened, no matter what my grandchildren think. 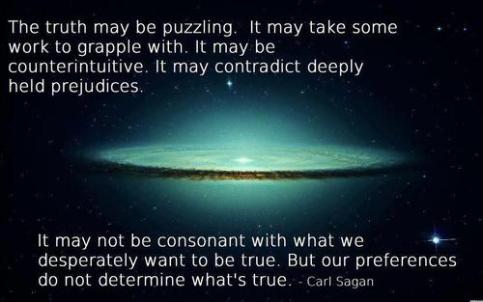 What about miracles? Have you ever noticed how the number of miracles has reduced as methods to record them has increased? I don’t think there are supernatural beings out there to bring about miracles. Unexplained things have always happened and perhaps science never will explain everything. At times in the past, believers decided that unexplainable events were witchcraft, or from the devil, and not miracles from a good deity or spirit.

Why do you hate God? Do you hate Santa Claus? Or Krishna? Or Thor? Zeus, Jupiter, and Saturn are all gods. If you don’t believe in them, is it because you hate them? I’ve known believers who were angry with their god. I always thought that was awesome. Being angry with an omnipotent being has to be special. I guess their god wasn’t doing a good job.

I admit that face-to-face, such questioning events are rare, especially following someone’s commitment to atheism. But they happen and I think they are fair enough. 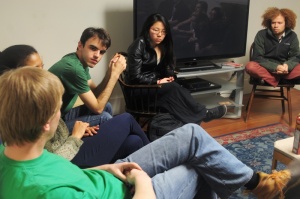 Personally, I don’t see why people shouldn’t discuss religion and atheism (or agnosticism or humanism, or any such subject), if they want. I realize two problems come into play. Human emotion and the need to defend turf, opinions, friends, or in some cases, a god.

Criticizing religion in general, or any religion specifically, is taboo. Oddly, that taboo is not applied equally to lack of religion or atheism. While insults and criticism may fly, I’ll wager that no atheist has marked someone for death because they criticized, or drew a picture of, anyone.

I hope that we can find ways to exchange ideas, discuss beliefs, and venture into better understanding of our diverse and complex world. I once had a man tell me this, “I don’t even know anyone who is not Christian.” How sad.

18 thoughts on “A Test for Atheists”