Follow Our Literary Journey on WordPress.com
Join 1,094 other subscribers

To begin the second week of the NaPoWriMo challenge, I was to give a name to my alter ego. Then I was to provide you with a detailed description of him or her (in my case, his). Finally, I was s’pposed to write in my alter ego’s voice, presumably a poetic piece of some kind. I looked up alter ego because I wasn’t certain what that was. I’m still not sure.

I’ve provided you with two video clips. One to clarify my alter ego’s behavior and attitude (Gus McCrae from the Lonesome Dove miniseries, played by Robert Duvall). It’s close, but not exactly right. So, I added another clip from a Bloomberg interview with Sam Elliot to help with the look, facial hair, and voice. I also added a photo for the uniform and a bushier mustache.

Meet Scratch McGillicuddy, my alter ego. Scratch got his first name playing pool (poorly). His last name was bestowed by his father, but it’s not his real family name. He never uses that. Scratch’s motto is do no harm but take no shit. He has a soft heart that he wants no one to see, and a hard head that everyone sees. Like Gus McCrae, Scratch has an appreciation for the arts, the intelligence of others, all kinds of learning, and he talks and drinks too much.

While McGillicuddy has seen better days and his best is in the past, he is seriously in denial about that and thinks he can do it all as well as always. Scratch is older than he looks, is more physically fit than many think, and admits to selling himself for a bit more than his worth. In many ways, except for his cowboy image, Scratch is an average sized man who hits hard and shoots straight, metaphorically and literally.

He sees things others miss. While his hearing is waning, he loves music. Secretly, he is proud of his physical and emotional scars. Yet, he doesn’t show them off or talk much about what price he paid for them.

We’re all gone now, but we ain’t
And we ain’t them Louis L’Amour pokes,
but we are too, in many a memory.
Now, we’re the Larry McMurtry truth.

We’re not the western movie,
but we’re the western hero
and the Liberty Valance, sorry to say.
We don’t drive pickup trucks,
but we ride, smack dab in the middle with you.

We love horses, snakes, and cows,
but we ain’t no farmers nor them
drugstore cowboy goat ropers.

We drink rank coffee and cheap rye whiskey,
and we cause tons a trouble on the double.
We’re on your saddles, in yer picture shows,
and we be a permanent part of yer art.

In Oklahoma we’re gussied up in a dad burn museum.
We’re who y’all pine to be, but you can’t be no more
b’cuz they done bob-warred the dang prairie.
We all been throwed, and some of us been rode.

Don’t be messin’ with our women folk,
now, ya been nicely told.
Hang on to the myth, the cowboy stories,
because it’ll be nowhere on earth, ever again.
Never like it was way back then. Like I said,
We just ain’t here abouts no more. But you are.

Look both ways for the stories of history: the truth, myths, and mysteries.
Mind the gaps, the hats, the spurs, and the boots.
It isn’t what it was, but it was what it is. Make the best of it. 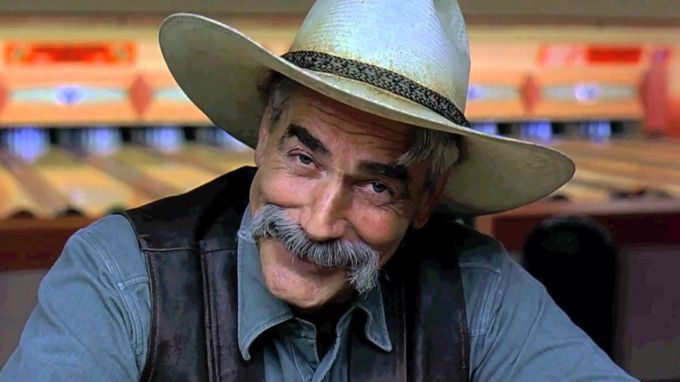