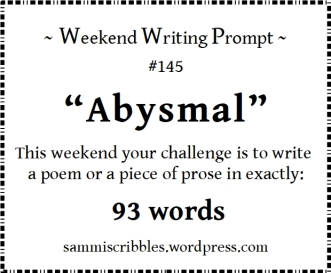 The young man stood straight as the teacher’s loud, angry voice bristled. She berated his atrocious spelling and wretched grammar. He held back tears of shame and anger as she publicly humiliated him. She declared his entire family abysmal failures as human beings destined for an eternity in hell.

He found abysmal in the dictionary. When his mother later asked how he had done on the school paper he worked on so diligently, he reported that the teacher said it was very deep and that the entire family was destined for infinite success.

Look both ways. They may forgive, but they’ll not forget.
Mind the gaps. No memory is flawless.