Early in his memoir, On Writing, and in his life, Stephen King described an experience with a doctor and his mother. King had an ear infection, so Mom took him to the doctor, who said the cure won’t hurt. The lying taker of the Hippocratic Oath (do no harm) busted King’s ear drum with a needle. Then it happened again, and again the child believed the doctor that it wouldn’t hurt. It did. A lot. Both times.

The third-time little Stevie acted like I would have. From the get-go, he raised holy hell before ever leaving home. Alas, young Stephen was over-powered and for a third time, the Prince of The Inquisition drove the needle through the boy’s ear drum. Over 40 years later, King wrote of the incident, “In fact, I think that in some deep valley of my head that last scream is still echoing.”

My daughter had a similar (one time) experience with a dentist. Unlike King’s mom, I let the dentist know how we felt about such lies. He apologized, so I let him live.

In God We Trust has been the official motto of the USA since 1956. The motto doesn’t identify any specific god and is singular; thus, it’s safe to assume that it refers to the God of Abraham. But, the phrase is still generic enough to apply to anyone who believes in a deity that: 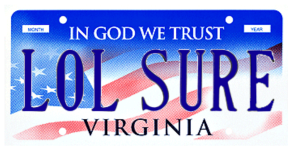 Yay, God! Congress said we trust you. Who wouldn’t trust all that? But the concept of trust does not begin and end with any god. Our trust is a belief in the reliability, truth, ability, or strength of someone or something in our real-life world. It begins to develop before we have any concept of a god.

We’re social animals. Our trusting nature begins forming at birth, along with a conflicting mistrust. We are taught to trust (or not) by others. I agree with Erik Erikson that our first few years of life are crucial to what follows. Erikson theorized that during those first years, we are uncertain about the world around us. We look to our primary caregivers for stability and consistency. If the care is good, we develop a trust that we may carry to other relationships. We feel secure. How this goes leads to either hope or fear (or both?). 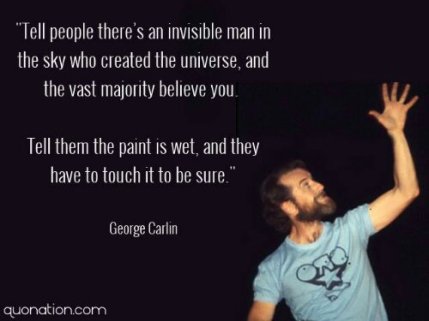 Of course, if you’re reading this, you have the experience to know the outcome. We learn that trust and love make us vulnerable. Those we trust and those we love can cause us the greatest pain. We keep learning about trust, discernment, and that nasty (not-so-politically-correct) word: judgment. I’ve walked the halls of the school of life for seven decades and I’m still learning. I want to trust. Even more, I want good discernment skills. I’m skeptical, but only as precaution to disappointment, pain, loss, and suffering. Learning that I was mistaken to trust someone sucks. Lesson learned, but better to learn it allegorically.

Much of what we learn about trust and mistrust, we learn through stories, such as the Aesop’s Fable, The Boy Who Cried Wolf. The intended moral lesson of which is, if we lie enough, we may not be believed; even when we tell the truth (hence, trust lost). My daughter (yep, the ‘dentist lied’ one) recently found herself explaining why she misled her eleven-year-old son about Santa Claus.

Julie wouldn’t lie to him. But she knew that someday she’d be busted on the Kris Kringle myth, right? Wolf! Like most parents, she seldom lies, if at all, but how’s that trust thing working here? I told her we all go through that because our social tradition overwhelms us, so we play the Santa deception game until it’s time to fess-up. Everyone seems to be saying that the fat man in the red suit is real, who are we to say that it’s a big lie, but a cute tradition?

When someone teaches us, we usually trust that it’s what they believe, and that it’s correct. We assume that people who teach us (teachers, parents, family, ministers, others in authority) are experts and know the truth, or at least what they are talking about. Initially, we seldom anticipate deception, which would be intentional. But it happens. When it does, we learn from it.

“The truth is, everyone is going to hurt you. You just got to find the ones worth suffering for.” ~ Bob Marley

The US has passed laws and made rules regarding truth in advertising, news reporting, responding to law enforcement, and testifying in court or before congress. At least one president was impeached for lying. At least one admired celebrity was jailed for lying. If we need laws and government rules to protect us from the constant lies and deceptions, especially since we almost expect to be lied to in many cases, why even be concerned about trust?

The answer seems to be that from birth, we need to trust. We also need a balance of hope and fear, or of acceptance and skepticism. We are here to learn, but we should be both questioning and wondering. We should be curious and wanting to learn and to know. We should want the truth, like it or not. And that truth should be supported by ample evidence or proof. We must understand the good and bad (dark) sides of human nature. We should all be students of the human condition.

Learn to trust. Demand evidence and proof.
Be skeptical when deception appears present.
Look both ways and mind the gaps.

15 thoughts on “How Important is Trust?”